Ahoy me Hearties! We are nearing the end of the 31 Day Challenge for 2014 with Day 28: Inspired by A Flag. I considered doing the Scottish flag initially but the referendum has passed and it’s not as interesting in terms of nail art as some of the other ideas I had. Soo… I did A PIRATE FLAG!

I was inspired by cleaning out a box when I uncovered some ‘pirate party birthday flags’ from years ago. I bought them to use in a photo shoot but never did, however it got my brain juice working. Cue an epiphany that hit me like a ton of feathers. 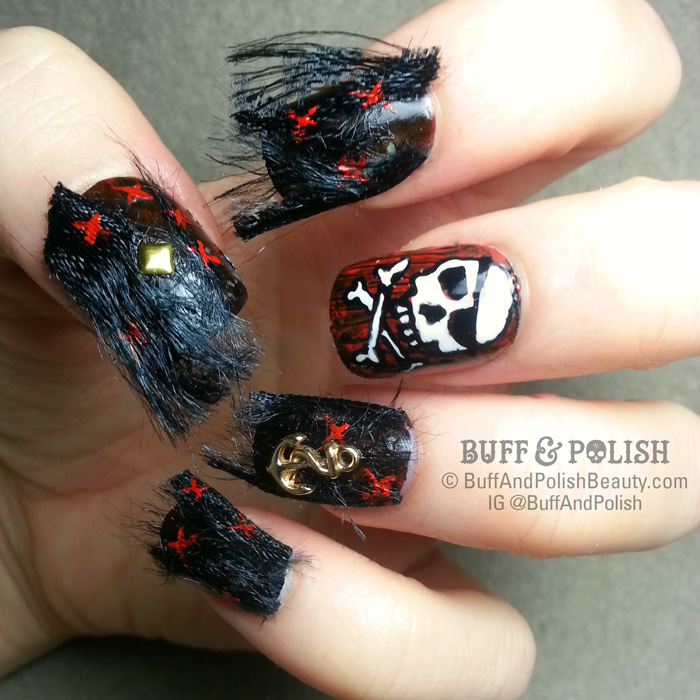 I used China Glaze’s Liquid Leather black for the base, along with Ruby Pumps (glittery red jelly) which is completely covered by other red polish and tattered material, so probably not worth mentioning.

The skull was free-handed, albeit at an awkward angle (still can’t sit comfortably). I stuck on ripped and fringed material to make it look like a weathered, element-beaten flag where ‘X’ marks the spot. And added an anchor and gold stud to make it more treasure-y. 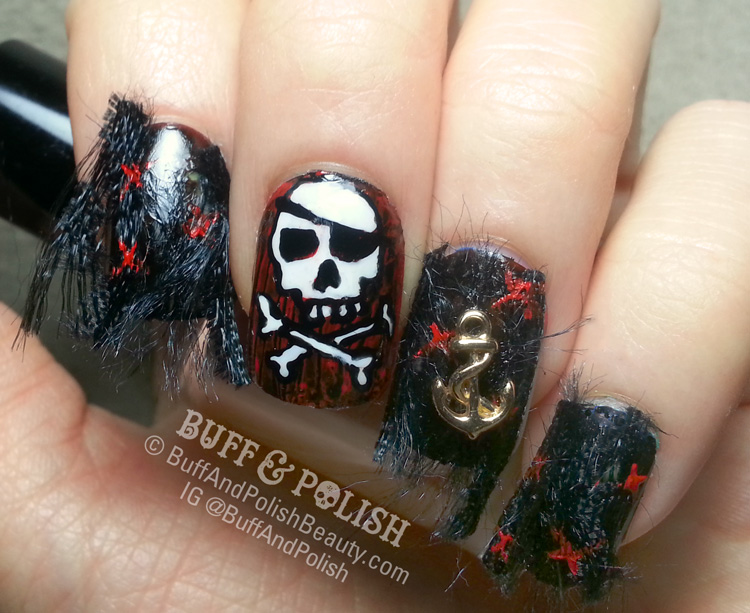 So a Pirate walks into a bar and the barman noticing the parrot quickly looks at the pirate and says,
“Hey Buddy, why have you got a steering wheel in your pants?”
The pirate shakes his head and says “Arrr, I have no idea, but it’s driving me nuts!?” 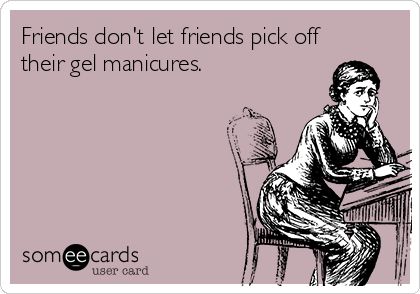