It’s been a few days but here’s a new mani. Well actually two halves, and I was mostly playing with new polish, so it doesn’t match that well. Not sure how I feel about this one, but I really had F*All time and energy this week, so ta-da! 😂😁 It’s literally 2 manis in 1. Or as some may say, TWO MANY MANIS! Ugh,

I wanted to use this new gorgeous aqua green polish so started off with some colour blocking (that unintentionally looked more like a flag from Côte d’Ivoire or Ireland with the resulting colour combo). That part was brought to you by the letters V for Vinyl and M for Masking.

I used the Skinny Line vinyls from Whats Up Nails for the masking of the aqua and two oranges, which were layered atop one another. Don’t mind the tip which I then proceeded to slightly dent when I grabbed something mid flight… 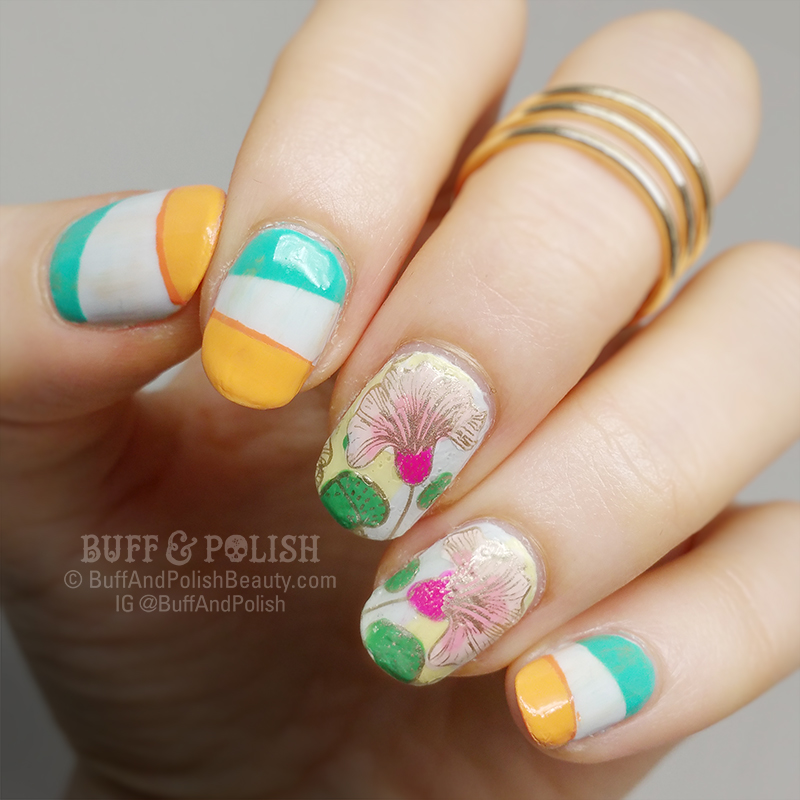 The remnants of the first manicure got mashed up with floral reverse decals that I began, before I had to run. So we had a half and half nail set, and that’s kinda how it stayed. The results were seemingly brought to you by the letters DGAF. Cos that’s how I roll 😂😁

I made the reverse decals on my UberChic mat and coloured them in as shown using a dotting tool and brushes. These were then layered over the nail and I didn’t quite get to update the other nails before running out of time and energy and care right about here. Don’t flame me.

Here’s some bottle shots of the polishes used in the flowers and reverse decals: 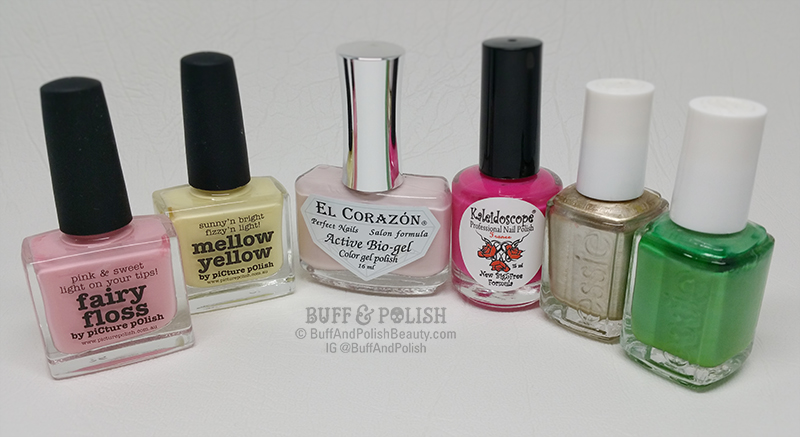 And the colours used in the colour blocking, unintended Flag nails… 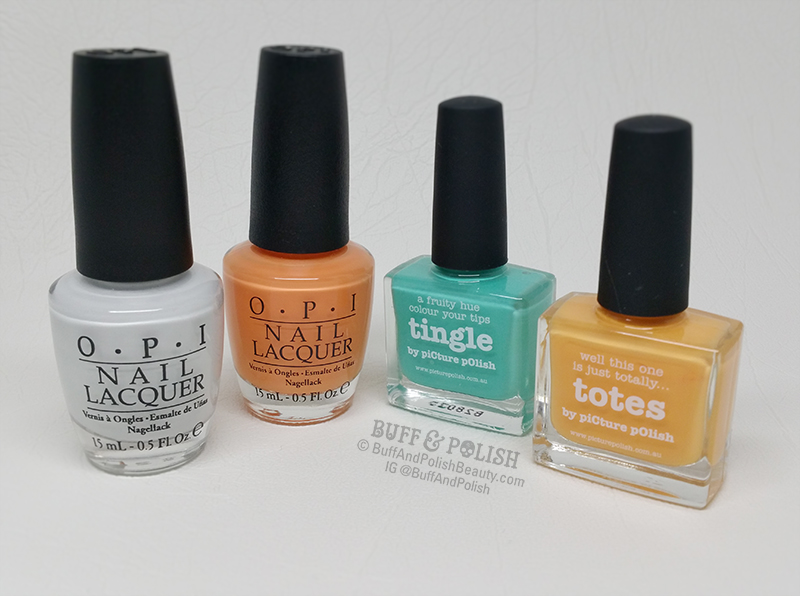 So many options and so little time… Oh well, can’t win ’em all, huh?

Second in my sporadic "post & run" efforts is the

NAILART! Been running a social experiment with the 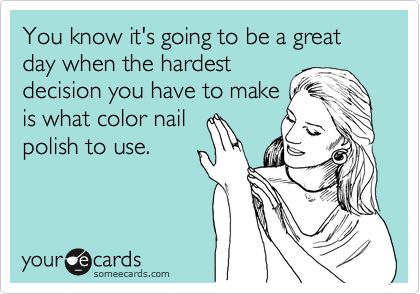