Not a single song so much as tribute. ~10 months ago the world lost a legend. David Bowie, so I’ve done a tribute nail to kind of all his songs and his last album Blackstar. Just because. So day 22’s Song prompt comes with artistic license of the kind David Bowie took in his art. 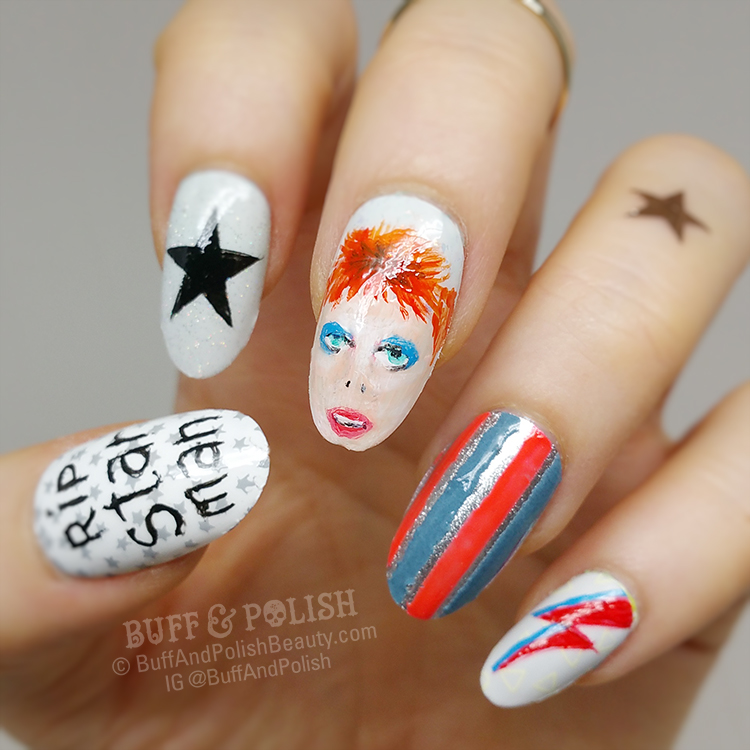 On fakies because I had a nasty nasty nail break. Including on halfway across my nail and halfway down so it will have to be patched up til it grows out or cut down. The other ripped again across the skin attached area and also had to be glued on and covered with hard nail products to ensure neither rips my skin off with general bumping. This could take some while, the second will be much quicker. All the moving has gnashed my nails and hands (poor, dry tings) and this is even WITH glove protection… *sad face* 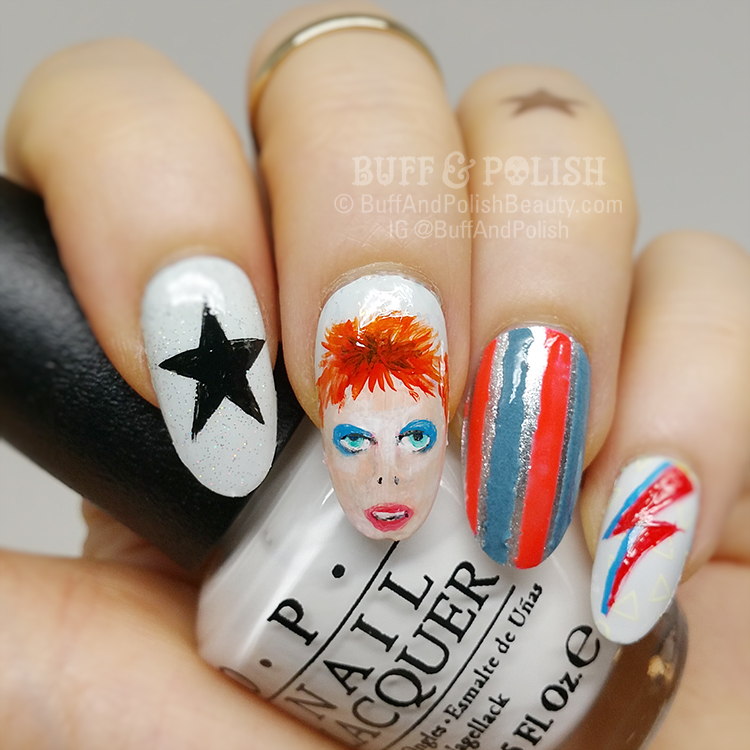 The star was for ‘Blackstar’ the title track of his final album, the lightning bolt from the Aladdin Sane makeup, and the stripes were inspired by one of the garish jumpsuits. The head part is (sorta) Bowie. on my ring finger is a gold star to offset the black one on the nail, not that you can see it that well.

I realise that it’s not the most David Bowie looking ‘David Bowie’ but hey, what can you expect with limited time and tools? I’m dizzy AF, and half my stuff is everywhere and the rest of it seems to have fallen into a wormhole the moment I put it down, so you know… Good luck. 😁😵