Back into my beloved realm of the arts with 27 of the 31 Day Challenge. It is Inspired by an Artwork and I have chosen Jean-Michel Basquiat (pronounced ‘Bass-key-ah’ – where the Bass rhymes with mass, and the ‘h’ is short and soft)(if you want to say it correctly as the French do and sound all art nerdy and impressive and stuff).

Basquiat was an artist / muso type from New York. His style of art was a little graf inspired and he is usually classed in the Primitivism (think Henri Paul Gauguin’s Tahitian imagery) and Neo-Expressionist genres. Primitivism uses prehistoric visual elements (or things not from Western culture). Neo-Expressionism was known for it’s rawness and roughness – a post-modern rebellion against conceptual art and minimal art that popularised much of the 1970s.

Anyhoo, his art often featured social commentary about injustices, racism, societal differences and other polarities. This piece All Colored Cast (Part III) – Jean-Michel Basquiat (1982) is the one I picked today. 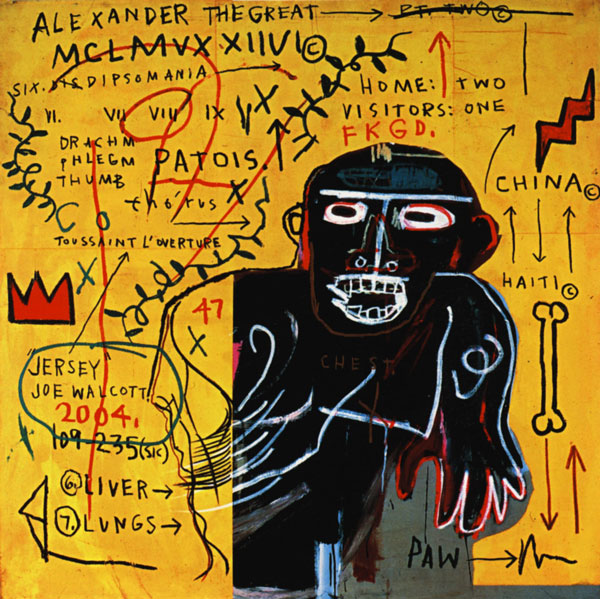 And here is how it turned out. Again, wishing i had slightly longer canvasses right now, but I am pretty happy with this effort. And it’s arty so I am enjoying this one for the wear. One day wear is a bit of a Debbie Downer though, boo! 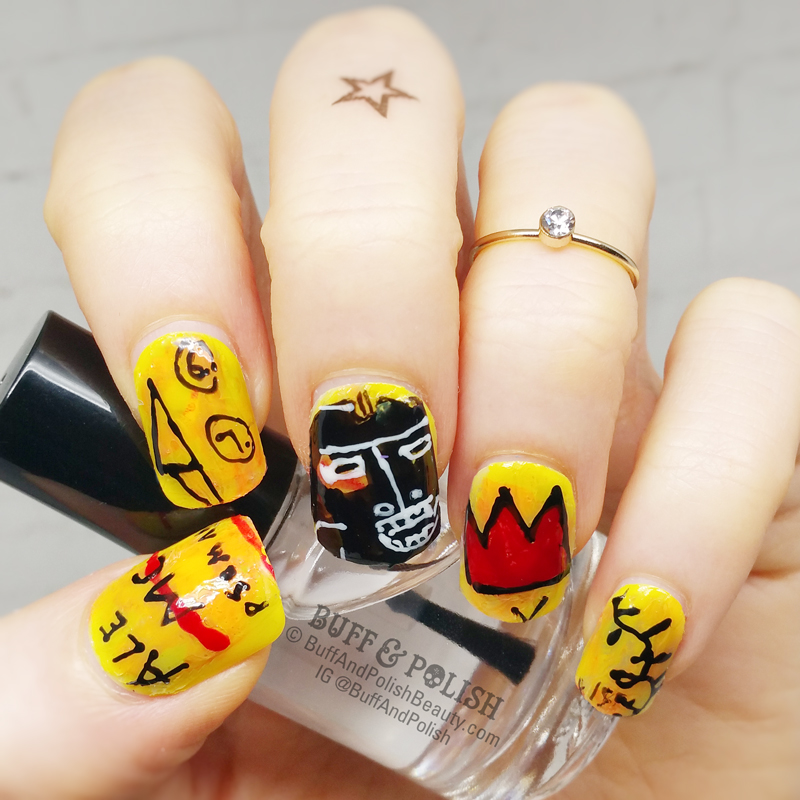 For the middle and ring fingers I picked the main elements of his canvas – the black figurative image and the crown motif. The other fingers I have just zoned in on random areas of interest and text. It’s all done with polishes and I would’ve had more control with acrylic paint, but that is why I didn’t use it. A bit of Primitive rawness only adds to the style. 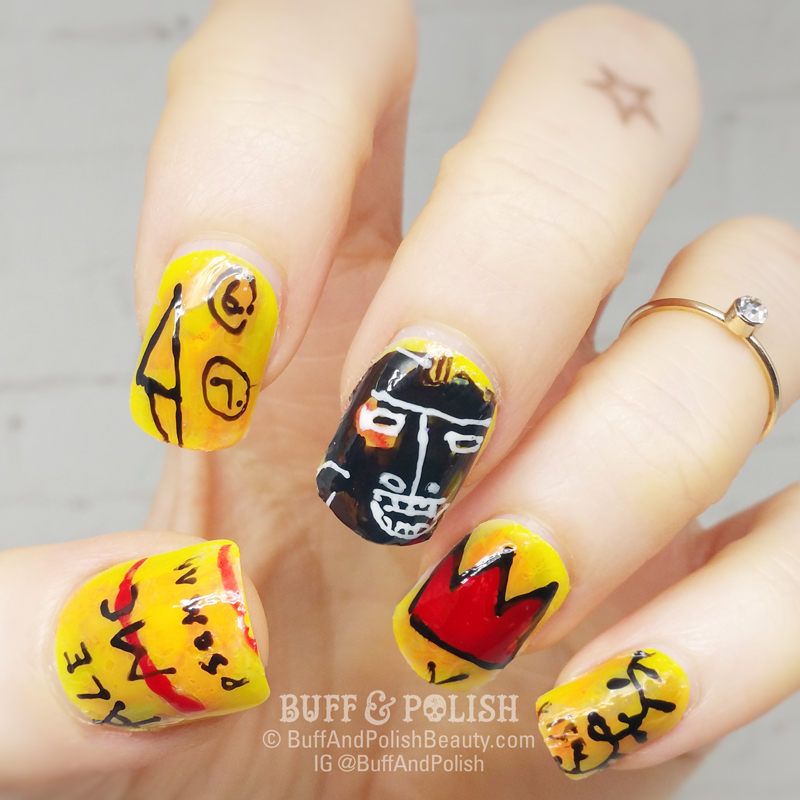 There is a story behind the crown and it appears as a motif throughout much of his early work. In part it’s suggested as a symbol of his ambition. Sadly that was cut very short after he joined the 27 Club, or tragically OD’d on heroin in 1988 2 months after he’d supposedly kicked the habit. Here’s a polaroid taken of him by his friend Andy Warhol: 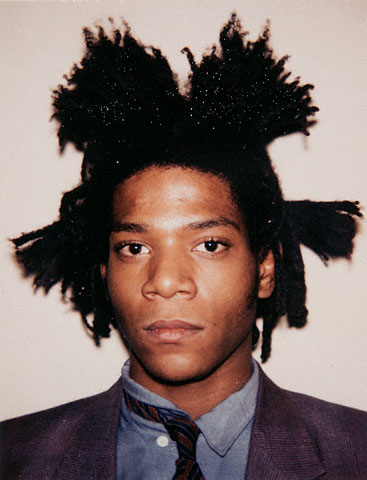 Anyways that was a bit longer than I was planning but I hope you enjoyed this art history lesson and today’s nails.
Looking forward to seeing the other efforts for today’s prompt.

Close up of my titular awareness mani. A post & ru

A little something something to showcase some of t 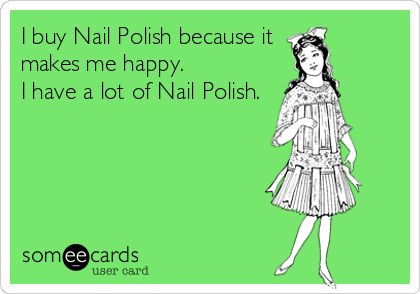